BEHIND THE BARS…CHOICE OF LIFE

Home » Creative » BEHIND THE BARS…CHOICE OF LIFE

BEHIND THE BARS…CHOICE OF LIFE 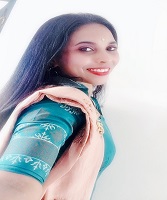 Living alone today is not possible as all of us are part of communities, related to each other in the chain of life.  The external appearance might not tell the actual story about the acquaintance until a deep conversation starts, and the person speaks from heart and soul.

It is always a common perception of the community to title or name a person who had been behind the bars as criminal or distance us from someone who has been honest about their past. The prison wall isolates the prisoner from the world for several months or even years, disconnecting them from the happenings and events outside the wall.  Being freed from prison, they came out to the world everything seems to have changed and they must catch up in order to survive. Has anyone wonder what their past was until they were hooked up in the place that they did not ask for? Below is the story about a woman who has been behind the bars and how her life transitioned from innocence to guilty.

This woman reminded me the quote, “Don’t judge a book by its cover”, the more we spoke, the more she revealed about her past.  She was skinny and was in her early 50’s. She looked warm and motherly with her smile even though she was bearing painful wounds within her.  Her left face and partly her left hand had burnt scars. That incident happened years back, but the scars still can be seen. While she tried to be cheerful, she was making others cheerful and joined activities to occupy her time. Her basic profile, she is a mother of 5, a prostitute and a drug addict.

Her life events started when her parents got her married at the age 16, considering their poor family situation and with the hope that she will be happy will be well taken care off.  Life went on well and she had two children, then the traumatic events started. One day, her husband came home very late, drunk and started to abuse her. She was shocked but kept it to herself and did not tell her parents just to keep them feel happy about her marriage life.  Back to conscious state, her husband will apologize for his actions; she had no choice but to accept it.

Years passed, family expanded to 5 children, but the abuse continued and became more frequent.  She was mentally and physically affected. She admitted that despite the abuse, she still loved her husband and not willing to exit the marriage.  While this went on, a new problem entered in their marriage. Her husband was found to have an affair with another woman. Eventually, her husband left her and the children for the new woman. And this was the second turn over in her life.

She was mentally hurt and concluded no more hope to patch the break thus attempted suicide by burning herself.   She was saved and found herself at the hospital with green sheets on her, accompanied by her first child.

She recovered and was discharged from hospital. Back home, she was well received by her children.  She came to the realisation that it was indeed selfish of her for attempting suicide and her children would have been orphaned.  She also received call from her husband informing her that he was not happy with her and will not return home. He will continue with the new woman in his life.  Looking at her in the mirror, she saw her face with burnt marks and skin is stretched and wrinkled. Her tears could not justify the situation. With God in her mind, she decided to live for her children and bring them up well.

She just had basic education qualification.  She started looking for job but due to her physical look, face with burnt marks, she was judged, and many questions were asked.  After much struggle, finally, she was hired by an old man to work in his shop as a dishwasher. The wage was not enough to raise five children, cater expenditures for school, food and their daily needs.  She didn’t mind doing multiple jobs, wanted to ensure able to give education, food and shelter for the children.

Surrounding neighbours were having conversations about her and her husband leaving her for another woman.  She didn’t pay attention to their gossips and moved on her life. One day she was approached by few men asking her, gave her some money and requested her to spend the night with them.  She ran as fast as she can, stopped at a bus-stop and started crying, thinking of all the difficulties she had to go through without her husband. Out of no-where, a woman approached her and started conversation with her claiming that she is a prostitute.

“It the only easy money-making way, to rise up your children, they are growing up and you need more money to take care of them. I know it is hard for you, but you have no choice, as I saw everywhere you go to seek for a job, people try to misbehave or just chase you out because of your burnt looks, and also you don’t have education. This is the only place where you could make money faster and easier, just think twice for the future of your children.” this was the words that came out from the woman and gave her contact number.

These words were playing in her mind, and thinking of the future of her children, she decided to sacrifice. She called the woman and accepted the offer.  She decided to do this without the knowledge of her children. She didn’t mind if someday the children were to find out, they might hate her, but she didn’t give a second thought as raising them and giving them good education was her focus.

She was doing well in the new job, earned enough to support her children.  She described that in her new job nobody bothered about her face, as long as she could satisfy them.  She had to entertain more than 10 people in a day, to earn enough for living. In the morning she would attend to the needs of her children and after they sleep, she would be out for this work.  She realized that was not a right thing to do but continued for source of income. Age was catching up, her health condition started to deteriorate, started having pain as she had to entertain 10 customers a day.  She continued with her job as her children were in high school and stepped into high education. As time went on, she could not bear the pain and her income was reducing and became insufficient to support her children.

This is the point when her friend gave her some pills, which were literally drugs. She knew it was wrong and could bring her into addiction but to bear the pain, she took the pills.  After taking he pills, she claimed no pain was felt and was able to handle more than 10 customers a day. Reaching mid-40, her elder children started to work and trusting they can take care of her younger children, she decided to quit.  She claimed that her children had known of the job she was doing but they have never questioned her. Apart from bearing the pain, she was very careful from being caught by the authorities which will leave their children alone with nobody to care for them.

She was able to quit her job but unable to quit drugs.  Drugs brought her into a different lifestyle and she joined her friends who had been taking drugs.  She started living alone, worried she might bring harm to her children. This decision was also made on the grounds that her children had grown up and able to take care of theme.  One night, while she was possessed by drug, she was caught by the police and was sent to prison.

She entered next turn over in her life. Life was not easy behind the bars and she realised that inside the large walls, she was missing the world outside.  When she ended her punishment term, she was released and came to the outside world she missed. Unfortunately, she was rejected by the society and named as drug addict, even though she had quitted drugs.  It was truly a frustrating moment for her. She contacted her children; they have started working and settled down with their life partner. They offered her to stay with them, but she rejected the offer with the intention not to give them hustle and being looked down by the society as she had been behind the bars.

She was rejected by the society and rejected wherever she went as she was ex-drug addict.  She met her old friends; she had the only choice of joining them. Now she became drug supplier.  Her hope of starting new life didn’t happen and she was seen as rubbish in the society. She was caught again and serving punishment behind the bars.   She accepted her fate behind the bars, deserve for what she has done.

She gave me a gentle smile and said happy that someone is willing to talk to her.  She feels life behind the bars has given her shelter and food, thinking of her life outside at the streets and with no food.  She thanked me for the positive and comforting words, claimed she is being heard by someone for the first time. She also told me that if such conversation has taken place previously, it might have changed her life and walked away with smile.

Humanity is for everyone. Everyone has their reason for what has happened in their life.  Being judgmental on such people will not solve the problem but make them return to their previous lifestyle.  We have nothing to lose by treating them well. In the case mentioned above, who is to be blamed for the woman ending up behind the bars?  Does she alone to be blamed? Her parents got her married in a young age? The husband who left her another woman? The surround society refusing to give her job opportunity? The society not accepting her being an ex-convict? She didn’t have the opportunity for moral support and guidance?