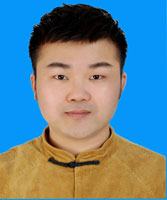 As one of the important religions of Korea, Shamanism has collided with Buddhism and Confucianism in the special historical development, which has resulted in localized “difference”. This cultural phenomenon has triggered diversified discussions among the international academia of different fields. During the study in Korea, the author has felt that the traditional dance of Korea, as an important symbol of Korean culture, not only expresses the traditional elements of Korea with an aesthetic attitude in the contemporary society but also keeps developing by spreading the “contemporary traditional dance creation of Korea”. The author’s research intention has thus been evoked. Through the literature review, the author has found that the Korean culture scholars and dancers who are studying Korean culture share a consensus at different levels. On the basis of previous argumentation of other scholars, the research starts from the observation of the “Dharma wheel” manifestation in the contemporary traditional dances of Korea and explores the seemingly simple relationship between the “manifestation of urban Shamanism Dharma wheel” and the contemporary traditional dance creation of Korea. It makes an attempt to expound the new relationships of Korean dance creation that keeps reshaping the manifestation of dance’s life taking the elements in “cities” as a social mirror, by analyzing and surveying different literature and objects from a cross-cultural perspective. This research is believed to highlight the multiple meanings of disciplines such as anthropology, history and social science to the performing art studies and is expected to fill the research gap in the contemporary Shaman “Dharma wheel” and performing arts through the connection with “contemporary traditional dance creation of Korea”.